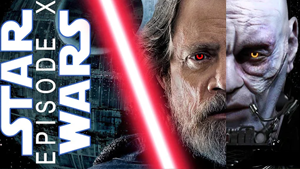 In “Star Wars: Jedi Fallen Order”, when it is discovered that the Darth Sidious (also known as the Emperor) did not die at the hands of Darth Vader, the rebels must race against time to find his location.

Cal Kestis and Cere Junda lead the Resistance to thwart the plans of the First Order to establish a new empire. By doing so, Cal predicts that he will inevitably conflict with Darth Vader. Cere takes Cal to a planet called Bogano with the aim to access an ancient vault. A droid named BD-1 crosses their way and becomes a companion for the further course of the Full movie playing in the Star Wars universe.

Arriving at the vault, Cal need to use his force as a Jedi to unlock the ancient place. Straight after entering the vault both got attacked by the Second Sister, who was sent by Darth Vader to wipe out both. Now its getting critical for the two protagonists of Star Wars Episode 10. Cal and Cere must use the full bandwith of their jedi force to escape the fallen order. As a consequence of the defeat, Darth Vader commands the Second Sister back and punishes her with the dark side of the force.

By watching Star Wars 10 as a full movie, you quickly realize that the Fallen Order can not be defeated so easily by the Jedi. Cal and Cere just made their way to safety, on a densely forested habitable moon, when several special forces Tie Fighter land nearby. Darth Vader and the Second Sister enter the planet and bring a large following of Stormtrooper with them. The Jedi whip out their laser swords to stop the Fallen Order. But the superiority of the dark side of the force soon makes itself felt, after Darth Vader has Cal in a tight stranglehold.

We will have to see how the Jedi will engage with the Fallen Order and what new challenges will be presented in Star Wars Episode 10 for our heroes. Will Cal and Cere win against Darth Vader?